A Message from the Pilgrims

The Pilgrim Fathers were determined to follow the increasing  light that God had for them  This is clearly expressed in the parting counsels of their pastor, John Robinson (ca. 1575-1625), in 1620, just before they started on their long journey to the New World.  He had ministered to a church near Norwich until he was suspended for his Puritan tendencies.  In 1604 he ministered to church of dissenter at Scrooby.  In 1608 he and his flock escaped to Amsterdam,  Later in the year he went to Leyden, and there in 1611 established a church.  In 1620, after his memorable sermon, he saw them set sail for America.  Referring to the solemnity of the parting, and admonishing them to follow him “no further than he followed Christ,”  Robinson declared himself :very confident that the Lord had more truth and light yet to break fourth out of His holy Word.”  And after deploring the condition of the Reformed churches that “would goe no further than the instruments of their Reformation,” he illustrated his point thus.

“As for example, the Lutherans they could not be drawne to goe beyond what Luther saw, for whatever part of Gods will he had further imparted and revealed to Calvin, they’ will- rather die then embrace it. And so also, saith he, you see the Calvinists, they stick where he left them: A misery much to bee lamented; For though they were precious shining lights in their times, yet God had not revealed his whole will to them: And were they now living, saith hee, they would bee as ready and willing to embrace further light,-as that they had received. Here also he put us in mind of our Church-Cove- nant (at least that part of it) whereby wee promise and covenant with God and one another, to receive whatsoever light or truth shall be made known to us from his.written Word: but withall exhorted us to take heed what we received for truth, and well to examine and compare, and weigh it with other Scriptures of truth before we received it; For saith he, It is not possible the Christian world should come so lately out of such thick Anti- christian darknesse, and that full perfection of knowledge should break forth at once.”

Another page in our quest to figure out if celebrations and commemorations are Biblical or pagan. If we should adopt them or reject them. Most of these celebrations have developed because they are fun.  This one is a little odd as it does not fall in the fun celebration category at all, it is more of a commemoration, as the chief activity is to fast. 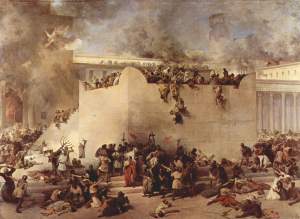 The Destruction of the Temple of Jerusalem 1867
by Francesco Hayez

This day is treated as a day of morning and much of what a family would do at the loss of a loved one is performed i.e. shiva.  The book of Lamentations is read and some congregations will also read Job.

The reasons for this day of morning and fasting are truly unfortunate and tragic. The destruction of the first temple of Solomon and the second temple of Herod, though 650 years apart they occurred on this same date on the Hebrew calendar, the ninth of Av. (Av is the fifth month of the Hebrew calendar corresponding to July or August on the Gregorian calendar).  Included in the fast is also a regard that great misfortunes often happen to the Jewish people on this date.  According to the Mishnah [Taanit 4:6] there are five great calamities have all fallen on this day.

5. The failure of The Second Jewish revolt, or The Bar Kochba Rebellion

Over the years other disasters have been included as reasons for this fast:

These are truly tragic events in the history of the Jewish people. But are they for the adopted sons of Abraham? The only passages in the New Testament that mention fasting are either about the bridegroom’s being absent for a long time, or selecting leaders, or when casting out some demons.

While they were worshiping the Lord and fasting, the Holy Spirit said,  “Set apart for me Barnabas and Saul for the work to which I have called them.”  Then after fasting and praying they laid their hands on them and sent them off. Acts 13:2-3

And he said unto them, This kind can come forth by nothing, but by prayer and fasting. Mark 9:29

Fasting for the loss of the temple makes no since, for believers. It is almost like wishing that we are not waiting for the bridegroom’s to return.  Fasting for the way things were before we were betrothed, and yearning to return those days when we did not know our bridegroom. The temple and its sacrificial system were but a shadow.

For the law having a shadow of good things to come, and not the very image of the things, can never with those sacrifices which they offered year by year continually make the comers thereunto perfect. Heb. 10:1 KJV

Messiah himself said the temple was to be destroyed. [Matt. 24:2] It seems that instead of fasting about the temple’s destruction, we should be celebrating its demise. The shadow is gone, we are the fulfillment. We are the temples of the Holy Spirit. The law can never make anyone perfect, it never could, it was always just a shadow. It never achieved being the image of God. It never could, because we are that image. We are the image of God, we are the temple of the Holy Spirit, we are a holy priesthood, and someday we will be the city of Zion. (Zion means monument) [Gen. 1:27; 1Cor. 3:16-17; 1 Pet. 2:4-10; Rev. 21:9-14]  The law was intended to be the path, or the way we walked, it was a type but never the image.

Stop crying over spilt milk. The temple is gone and in all probability is not coming back.  One should not live in the past, learn from it and move on.  Don’t look back at what was, look forward to what will be. Don’t dwell on the shadow, live the image.

See Also: The Promise of a Third Temple 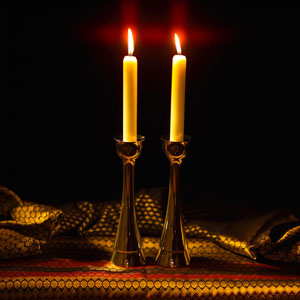 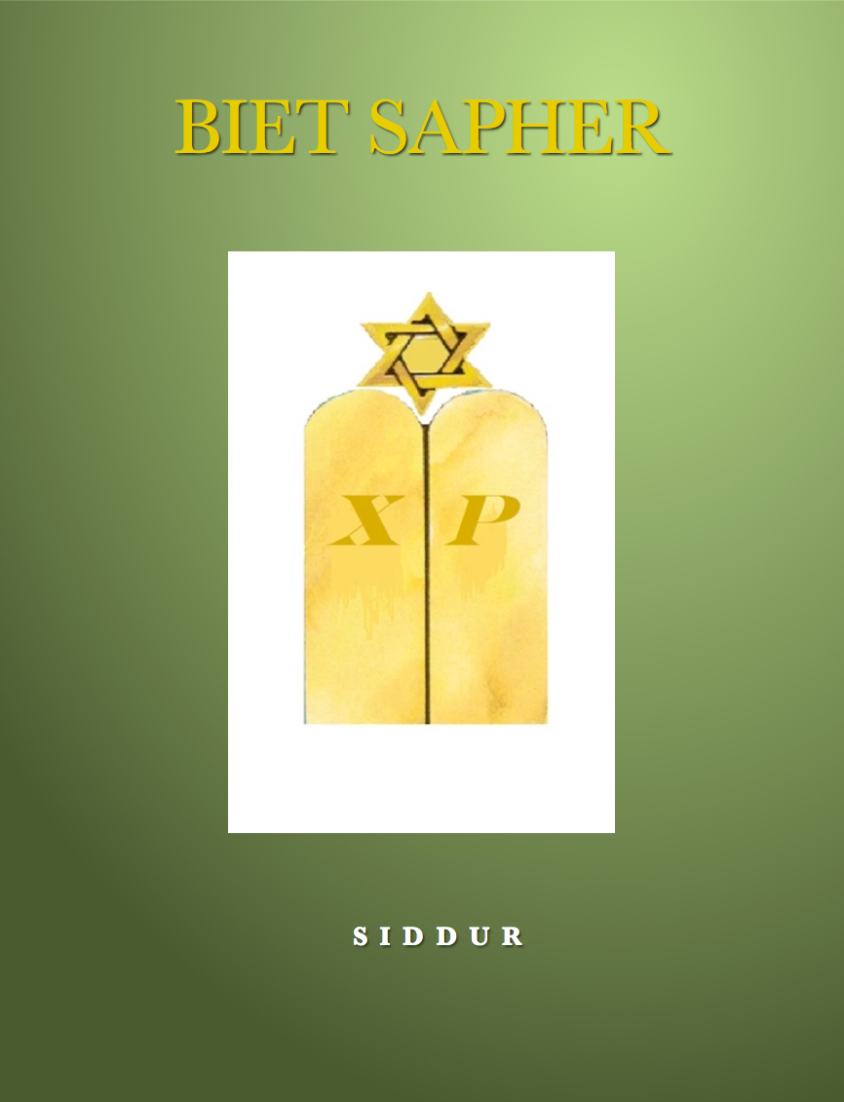